666 Things to Do with a Demon (arrianey) 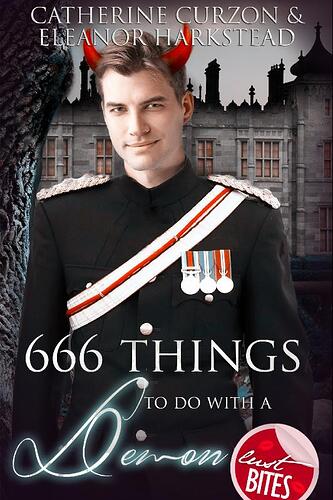 How far would you travel for one man?

The very last thing Jimmy Downing needed was a skinny traveling partner who acted half his age with a chip on his shoulder and no idea how the real world worked, because Jimmy had a lot of experience with the world and he wanted no part of it anymore.

He was trying his best to be an honorable man after two decades of being outside the law. He’d stolen things. He’d killed people in the name of survival. He’d helped other men do horrible things. But now he was keeping his head down and trying to live under the radar. T’wasn’t his fault that Oscar needed someone to show him right from wrong, give him something to eat on the regular and try to keep him out of trouble, so he didn’t end up making a mess of his life the way Jimmy had. Maybe that was what being a good man was all about.

Except the things Jimmy wanted from this twenty-one-year-old man were far from respectable, and he couldn’t stop thinking about them, especially when Oscar Yates of the big brown eyes, cackle of a laugh and insatiable appetite for anything grilled over an open fire insisted on pushing all his buttons.

How was Jimmy going to last the 760 miles to Port Essington without giving in to those needs Oscar called to with the hint of a smile and a smart-assed curse? Because if Jimmy did give in, it would mean both of them living outside the law and never having the chance at a decent life again.