A Game of Schemes (arrianey) 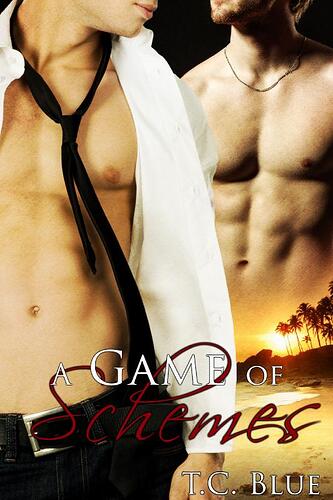 What’s to happen when a spy and his mark cross paths? Things get wild. When the two turn out to be old friends, all bets are off.

The life of a grey-ops operative for a semi-secret organisation isn’t always about guns and ticking bombs. Sometimes it’s about something as simple as a snatch-and-grab. Sometimes it’s as complex as discovering love where it’s least expected.

Sully’s been living the life with the Farmingdale Gentleman’s Club for five long years. After the Club saved him from a future as a cripple, he owes them. That’s not to say that he doesn’t love his work, because he does. Sometimes more than others.

When an unexpected Game intrudes on Sully’s holiday time, he’s not happy about it, but he steps up and Plays, unaware that doing so will open him up to old friends, new enemies, and situations beyond his control.

Castor’s been living a lie for years, hiding the truth from everyone, but especially his older brother, Ajax. When Sully—the first boy Cas ever had a crush on— suddenly reappears in his life, Cas is more than shaken. Sully seems familiar and like a total stranger, by turns, and while Cas knows people can change over time, the odd personality shifts Sully displays are disturbing.

Disturbing enough that Cas knows he can’t trust Sully, because Cas has more than one secret. Secrets that will likely get him killed if the wrong people find out.

They live in very different worlds and have very different goals. Their futures seem cast in stone, but stone can crumble under enough pressure, and sometimes a plan is all that’s needed. A plan…or maybe just a scheme.