A Madam into a Mistress (arrianey) 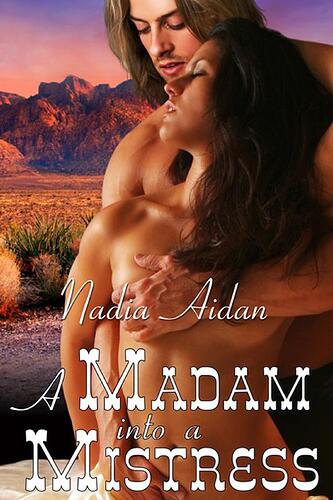 A deputy bent on revenge will have the pleasure of turning a haughty madam into his mistress where she is now his to use the way she used him.

Deputy Marshal Shane Duckett has come to the town of Redemption with only two things on his mind—revenge and Madam Cherie Launbauer. Eight years ago, Shane was naïve and in love, and because of this he was easily deceived.

Cherie used Shane’s innocence against him, and easily seduced him. She ended up escaping from jail on his watch, while he ended up spending two years in a federal prison for trusting and loving the wrong woman. But now he is older, wiser, and full of bitterness and has found his way to Redemption and on Cherie’s doorstep where he intends to drag her back to prison and make her serve out her sentence.

But Shane soon learns Cherie has made mighty powerful friends on the right side of the law, and they’re not too keen on seeing her locked up in prison. They offer Shane another alternative. For every day spent in prison because of her, Cherie will spend a night in Shane’s bed as his exclusive mistress. Not the revenge he’d envisioned, but certainly a just sentence.

Cherie will be his mistress, there to serve his needs, to see to his pleasure, and only his pleasure. Shane will have the pleasure of turning this haughty madam into his mistress where she is now his to use the way she once used him.