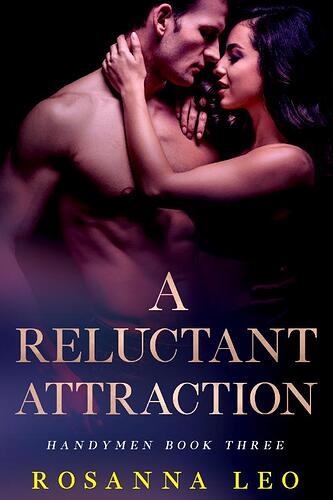 He was looking for an escape. In her, he found his home.

Contractor and Handymen host Nick Zorn needs a change. He’s been feeling listless, and when his ex-girlfriend embarrasses him in a viral post by sharing private details of their sex life, he’s downright ready to escape.

When an opportunity to reinvent his career arises, Nick takes it, even though it might mean the end of Handymen. However, the team has one more project to tackle together first—a struggling cat sanctuary in dire need of renovation.

When Nick arrives at the shelter and meets its owner, a lovely widow named Claire, his life is once more thrown into disarray. Neither of them is looking for a relationship, but the attraction is fierce. As he helps Claire fix her workplace, he realizes he wants to help her in other ways too. Their flirtation sizzles, flaring into a friends-with-benefits arrangement.

But the more time they spend together, the more reluctant these ‘friends’ become to fight their deepening connection, even though they know their inevitable break will devastate them…