A Valentine to Die For (AverRigsly) 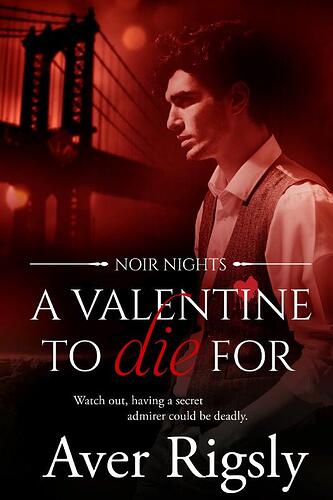 Having a secret admirer can be deadly.

Ricky Morris, private investigator on New York’s elite Upper East Side, has forged a shady yet profitable life as a gumshoe for wealthy Manhattanites after burning the bridge to his law enforcement past. When women in the city are targeted by a sweet-toothed murderer in the week leading up to Valentine’s Day, the last thing Ricky expects is to be hired by the younger brother of the man who ruined his life.

Timothy Ward, young, fresh patrolman for the N.Y.P.D. who never thought he’d have to step outside the law, finds himself in desperate need of Ricky’s help when he fears his brother, James Ward, the Deputy Chief, could be behind the killing spree.

With Valentine’s Day fast approaching, both men will have to work in the shadows, putting their careers and lives on the line to get to the bottom of the murderer’s sickly sweet and cruel plans. That is, if the burning heat of undeniable—and very forbidden—lust between them doesn’t consume them in the flames of reckless desire first…