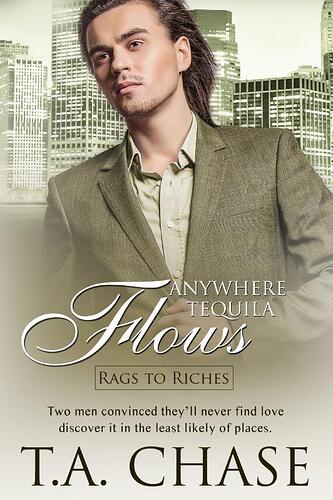 Sidney Richardson has watched his two best friends fall in love, leaving him to wonder if he’ll ever find the right man for him. Sure, he’s been playing the field since he discovered sex, but he’s never taken a chance on one of those one-night stands to see if there might be more. Now he’s ready, but is the man he’s waiting on ready as well?

Tito Perez has had a rough go of it, but he’s finally in a good place in his life. He’s got a great job and a group of marvellous friends. Who cares that he doesn’t have that one special guy in his life? Some people just aren’t meant to fall in love.

Then a chance meeting between boss and employee gives Sidney and Tito an opportunity to put their hopes and dreams into action. Will love flow as easily as the tequila Tito pours?