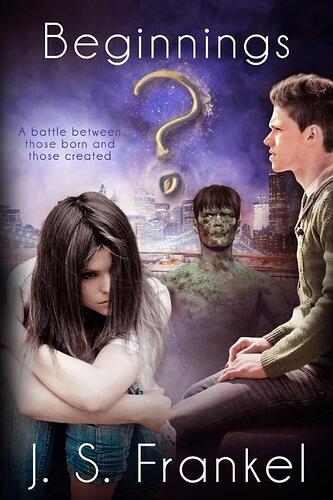 Paul Wiseman, orphan and runaway, was looking for a family. He found one—and got a little more than he bargained for in the process.

Being an orphan is no fun. Having no friends isn’t much fun, either. When Paul Wiseman, seventeen, runs away from an orphanage to try his luck on the mean streets of New York, he finds himself trapped and almost beaten to death one night.

Rescued by a vampire named Angela, Paul goes to her small house in upstate New York where he meets her friends—Ooze, a sentient water being, Sandstorm, who uses his sandy body to blind his opponents, and CF—short for Cannon Fodder—a zombie.

The four of them become the Nightmare Crew—beings created by a scientist to fight against the lawless elements of the city. In joining them, Paul finds a family, friendship and maybe even love.

However, the company that allowed the creation of these beings wants them back, and they’ll stop at nothing to retrieve what they believe to be their property. It soon comes down to a battle between those born and those created…and it’s up to Paul to fight for the only family he’s ever known.