Blood on the Moon (arrianey) 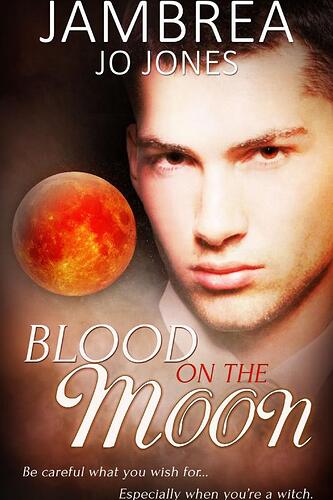 Be careful what you wish for, especially when you’re a witch.

Montague Ramey wanted something to happen in his life. He thought when he found out he was a witch that his life would become more exciting, but it was the same thing every day. His coven was nice and boring, as was his job with the television station anchoring the news. The only excitement he got was going to the local bar, but there weren’t very many men who wanted to play. That was, until the moon turned red and his life changed.

After Kishar Nichelson’s motorcycle stalled on the highway with no traffic in sight, he stumbled into a small town around midnight, the red moon guiding his way. On the run and weak, Kishar needed to figure out where he was and who was after him before lack of sex killed him.

Can a witch and an incubus solve the mystery before one of them dies? The blood on the moon wasn’t the only thing they had to worry about. Meddling family, close calls with death and a missing witch are enough to keep anyone busy, but can Kishar and Montague still find time for love?