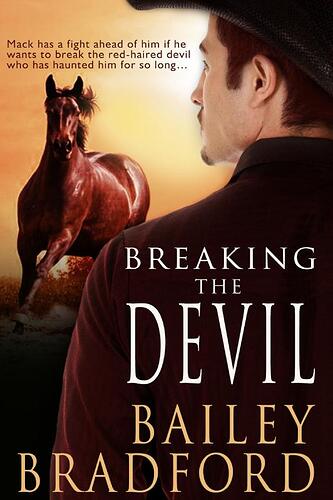 Mack Wilson gave his heart and virginity to the only man he swore he’d ever love. Justin threw that love back at him a day later, mocking Mack and his feelings.

Mack never got past it, or Justin’s abandonment. Justin left the day after he and Mack made love, and over a decade later, Mack gets the shock of his life when he’s watching a wild, beautiful, untamed red stallion throw a hell of a hissy fit in the corral. The horse reminds him of Justin. Mack is still raw from the pain, never having gotten past it.

Mack hates Justin—doesn’t he? Or will he listen to Justin and give a chance to try to make amends? Can he make amends, when there’s someone waiting to tear them apart—again?