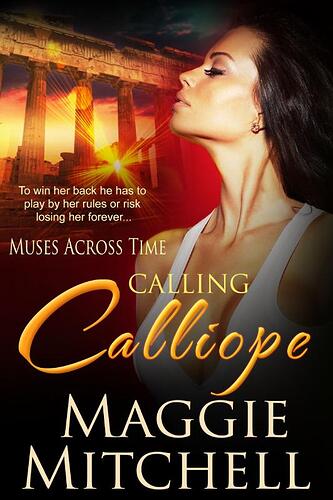 Can love survive across time and space?

Found wandering the streets of Melbourne, Callie has no memory of who she is. She’s taken in by a social worker at a women’s shelter and soon becomes an integral part of the team, where she helps battered women and their children move on with their lives.

When a larger than life man appears, claiming he’s her husband, she immediately assumes they’re not together for a reason

.But a violent criminal is angry with her for keeping his family away from him and plots revenge, so keeping this giant of a man around seems like it might be a good idea after all.

Gus might be a king in his own land, but this strange place is a different story. It took him six months to find his beloved Calliope and he is not leaving without her. Even if she can’t remember him. Now that she’s in danger, the need to rescue her is greater, but the stubborn woman won’t believe him.

To win her back he has to play it by her rules, or risk losing her forever.