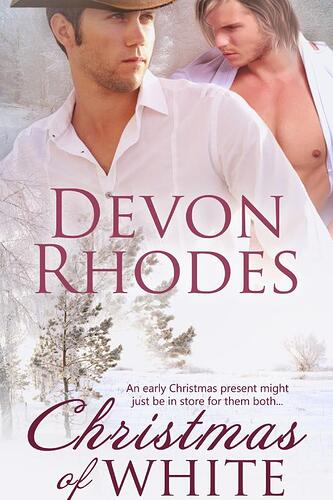 Can Blaise coming back to Montana turn Owen’s blue Christmas into a warm, shared Christmas of white?

Owen never thought he’d see the all-too tempting veterinary intern from the previous summer again, until his brother drops the bombshell that not only is Blaise returning, but he’ll need to stay in Owen’s house again until he gets settled. He’s the bachelor uncle in their ranching family, and if people know what that means, no one talks about it. He can’t be gay, no matter what happened in the barn last time Blaise was here…

Blaise made the life-changing decision to relocate to Montana for many reasons but with one clear goal in mind—to convince Owen of what they could share if he would only let Blaise in. He’s prepared himself for a long siege, but with the help of his scheming best friend, Owen’s brother, a donkey and a lot of snow, an early Christmas present might just be in store for them both.