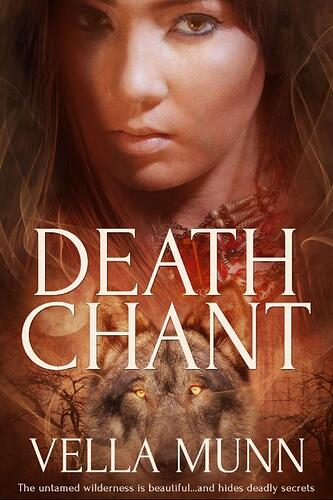 When her mentor disappears, Winter follows his trail to the Pacific Northwest, where the untamed wilderness is beautiful…and hides deadly secrets.Anthropologist Winter Barstow knows nothing of her past or ethnic heritage and tells herself it doesn’t matter. Everything changes when Doc, her mentor, sends her an authentic ceremonial wolf mask from Olympic National Forest. The mask calls to her in ways she can’t understand or explain.Then Doc disappears. Determined to find him and discover the mask’s origin, she travels to the mysterious, awe-inspiring forest where she’s confronted by Native American ranger Jay Raven, who has no love for Doc.The deeper Winter digs into her mentor’s disappearance, the more alarming things become. She begins to hear a mysterious wolf’s howl…even when no one else does.Jay warns Winter to leave, but she owes Doc and herself the truth. And even though it goes against everything he has promised his tribe’s elders, Jay can’t walk away from Winter. Not only has a spirit wolf reached out to her, but he also suspects she’s in terrible danger…and his growing feelings for her are too strong to ignore.