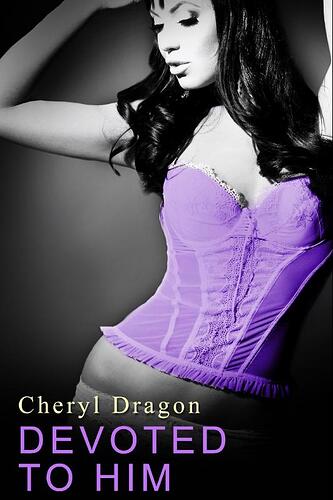 Both from broken homes, Jason and Fiona take marriage very seriously. Will tradition ruin their kink or make them even more committed?

Jason Abbot is a man who has everything, including the perfect submissive fiancée. His parents’ ugly divorce and Fiona’s lack of a father at all in her life has him convinced that commitment and tradition are the only ways to make them both feel safe. Marriage won’t curtail their bondage play or his dominant side. However, one change seems only logical—Jason has shared Fiona with other Doms before, but how can he share his wife? When she starts questioning that change, his doubts grow. Being a good Dom is one thing but being a reliable husband is another.

Fiona loves only Jason but enjoys letting Doms-in-training practise on her and pleasing two men in role-playing scenes. She also knows just how much Jason loves to share and watch her in action with other men. Her entire sex life is about what Jason wants since he fulfils her needs perfectly. Commitment doesn’t have to mean cutting out what they both enjoy. She knows she can live without other men, but marriage is forever and she doesn’t want him to grow bored with her. Pleasing him is all that matters and she knows when pushing back is better than obedience—especially when he punishes her so well!