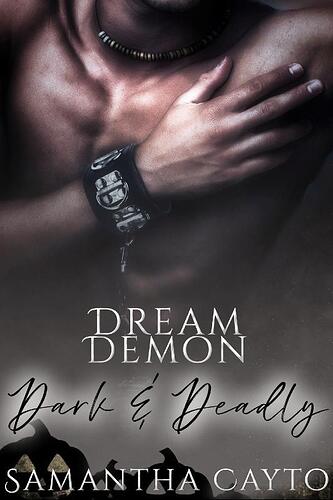 Sebastian is a blood demon masquerading as a human Dom. Unlike others of his kind, he strives to fill his need ethically instead of preying on humans. He seeks consent to satisfy his urges and knows how to woo Colby with patience. The only thing he fears is whether or not his new sub will be able to accept him as he truly is.

Trusting Sebastian is easy, even as Colby’s dreams are plagued by an unknown shadow that attracts him as much as it scares him. Sebastian needs to build trust before revealing his true nature. He thinks he has all the time he wants, but he’s about to learn that even demons cannot control their fate.