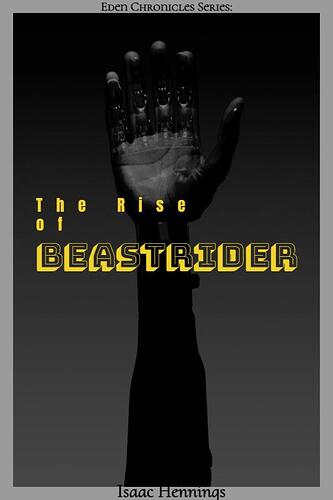 Since he was a young teen, Verek had lived with night terrors and suffered memory loss of his previous life. He was found by a war veteran SeGrund unconscious by one of the cold caves of Byrid, raised a very rural life living near the cold forested villages. After a decade he recieved a mysterious message from someone claiming to know who he is and wanted to meet in the most urban area of the local Capital, Verek did not hesitate. Hardened from the life of hunting and surviving harsh weather until a young adult, he is know ready to know his past and the source of his trauma. With Deep City undergoing the mana potion epidemic and crime spike, will he even survive to find out who he really is?

An Eden Chronicle, set in a lore where humans were forced to find a new homeworld: Eden. After destroying Earth thousands of years ago, an age long forgotten, humans now evovled to where they would be considered alien to their earth ancestors. Technological and scientific marvels that parallels potential once believed only capable through magic are now achievable with common devices. Over the course of a few centuries, an entire continent had been established with human unity however with new starts comes new threats from the unknown.