Fake It 'til You Make It (arrianey) 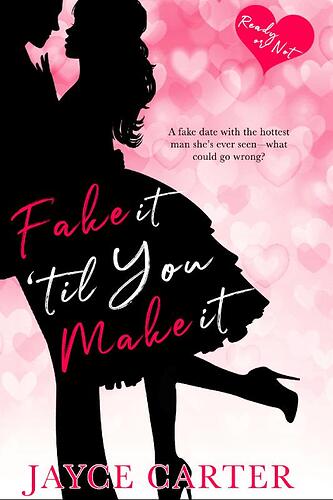 A fake date with the hottest man she’s ever seen—what could go wrong?

Tara’s ex-husband is a cheating dirtbag, but when he hits an all-time high on the douche-meter and invites her to his wedding, she can’t stomach the idea of showing up sans date. Everyone already thinks she’s a loser—why prove them right? Over a few too many margaritas, Tara hatches a brilliant scheme to show up with the hottest man she can find on her arm. She can make her ex jealous, show everyone she’s moved on then part ways with her fake-date. No fuss, no muss. What could possibly go wrong?

Unfortunately, her fake-boyfriend Chris turns out to be more than just a ridiculously pretty face. The man is hot enough to melt the panties off a saint, and when she discovers his humor—and the mind-blowing sex he offers—she starts playing jump rope with the line between real and fake.

What started out as an easy way to make her ex jealous quickly turns messy as Tara starts to catch some very real feelings. Will she try to transform the fake relationship into something real, or will she throw in the towel and accept it was all make-believe?