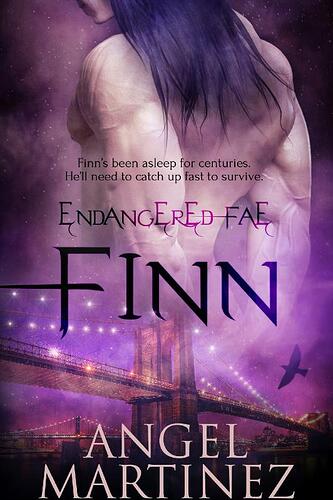 Finn’s been asleep for centuries. He’ll need to catch up fast to survive.

Diego’s impulse to rescue a naked bridge jumper starts as just that—talk the man down and get him to social services. But there’s something odd about this homeless person, more than just his delusions of being a pooka, and something so vulnerable that Diego’s determined to help him stabilize rather than see him institutionalized or deported.

Finn went into the Dreaming centuries ago to escape a heartbreak he couldn’t bear. Now that he’s back, he finds the Veil to the Otherworld closed. The fae courts have abandoned him in a poisoned human world where a displaced pooka has little chance of survival. His human rescuer is kind and compassionate—and shockingly familiar. One thing at a time, though. He needs Diego to believe he’s not human first.