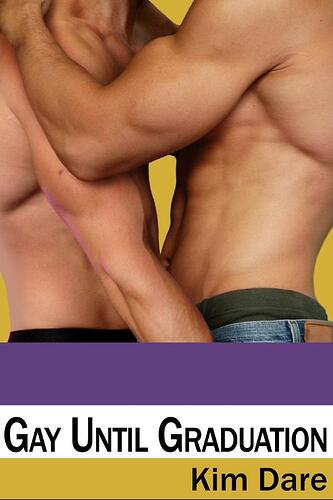 A gay man should know better than to get involved with a guy who is only gay until graduation, but Baxter’s never been very good at saying no to Spencer…Stunning, dominant and cheerfully bi-sexual, Spenser’s been screwing his way through both the male and female student population since he arrived at the university. Baxter is entirely gay, completely submissive and, by his own estimation at least, thoroughly average. He knows that being more than friend’s with Spencer would be more trouble than it’s worth.When a drunken Spencer decides that he’s going to be gay until graduation Baxter doesn’t pay much attention. But when his friend’s attention suddenly focuses in on him, the guy he’s had a crush on for months soon becomes far more dangerous to his peace of mind.Baxter knows he should say no to a relationship that will break his heart when they graduate, but he’s never been very good at saying no to his friend - especially not when Spencer is offering him everything he’s ever wanted.