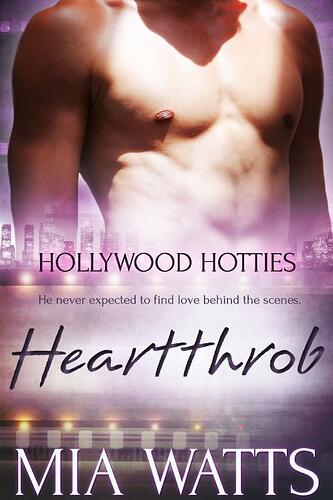 Brett Shackley came to Hollywood for a taste of the fast life and hot, famous men. He never expected to find love behind the scenes.

Brett Shackley has watched his best friend find love with a famous actor. His connections have also given him the opportunity to work as a personal assistant to another Who’s Who in Hollywood. He’s a bit flamboyant and perhaps a tad too giddy when he settles on a new celebrity crush. So blinded by the brilliance of the bright lights headliner, he fails to see what’s right before his eyes.

Brett follows his boss to yet another movie set, preparing to scope out the new faces on the latest project. Sadly, it also means he’s sidelined with all the other assistants and behind the camera crew. Brett doesn’t mind too much as long as a certain actor gets a shirtless scene—and soon!

Eddie Huff has been around a couple of years. He knows a thing or two about playing it cool. The fact that Brett, a fellow personal assistant to the stars, is going gaga over Eddie’s A-list boss annoys him. Now he has to stay in close proximity with Brett. He gets to hear each longing sigh and flattering gush of superlatives—every single day. It’s enough to drive a guy insane.

What’s worse is that Eddie begins to suspect he might be just a teeny bit jealous that Brett’s single-minded attention is wasted on a star who couldn’t care less about anyone except himself.

Eddie thinks Brett might be the man for him. Now he has to convince the starry-eyed novice that the right heartthrob for the part isn’t the guy in front of the camera.