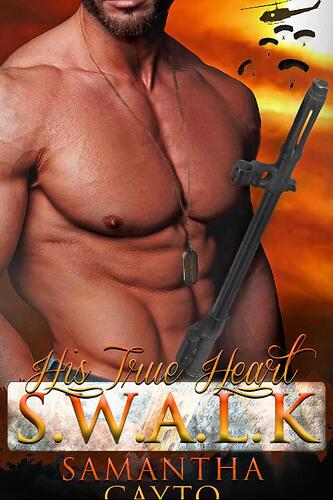 The heart always knows the way.

Chris Novak is adjusting to his lieutenant being the first openly gay SEAL. Seeing the man’s obvious love for his husband gives Chris ideas—ones he has ruthlessly suppressed his whole life. Becoming a SEAL was his dream. Having the love and approval of his father remains critical to him. Acknowledging his sexual orientation would have jeopardized both. While the military has evolved, Chris fears that his father’s views have not.

Tanner Pac has been openly out and proud since high school, with his family embracing him as he is. He knows being gay is not a problem, but his dream of becoming a software engineer is. His parents expect him to carry on the family business of running a pizza parlor. He dares not disappoint them, fearing a loss that would crush him.

While visiting his father on leave, Chris goes out for pizza, not expecting to run into his old girlfriend’s annoying little brother. They could never ditch Tanner and now that he is all grown up, Chris finds he no longer wants to. Facing the strong temptation that Tanner presents is causing Chris to also face the truth about himself.

As Chris and Tanner struggle to meet their parents’ expectations, their attraction for each other cannot be denied. Their strength and courage grow in each other’s arms, but it may not be enough to break free of the weight of family expectations.