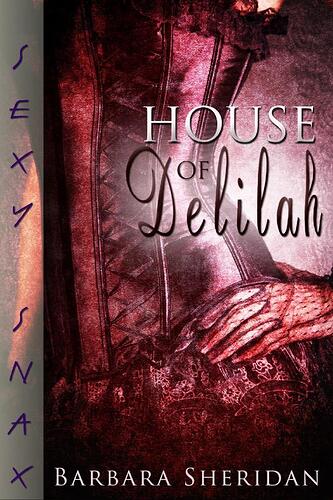 Can an inexperienced country boy lead an old Madam to a respectable new life?1891Forced by an injury to quit his job as a labourer at a sawmill, Daniel Burke journeys to a Colorado boom town to apply for the position of dressmaker.

Daniel curses his impulsive decision the moment he sets eyes on the brass plate affixed to the House of Delilah’s front door. Before he can leave, he’s intercepted by a whirlwind of a maid who ushers him into the specialised brothel and into the office of the madam, Addy Monroe.

Addy came west on an orphan train at the tender age of fourteen and in her twenty-four years ‘in the business’ she has come to see men as nothing more than a means to an end, a way to provide for the women in her employ, and the daughter she sent away to boarding school.

Dissatisfied with the business for quite some time, Addy is shaken to the core and blames herself when one of her girls is injured by a wealthy customer, but she is unable to believe Daniel’s assertion that the business sense she acquired the hard way is her ticket to a new world.

What could a naive country boy possibly teach her about life?