In the Heat of the Moment (arrianey) 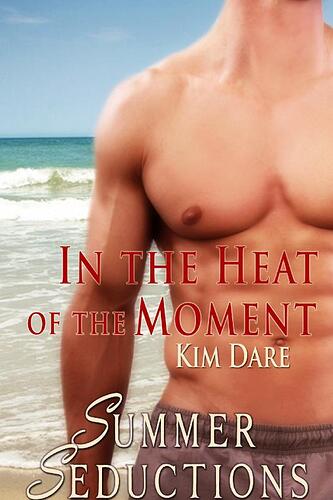 Shawn’s not a submissive and he doesn’t need to be rescued from doing exactly what he wants. Now all he has to do is find a way to make Brett believe it.

Twenty-one, naturally submissive and absolutely stunning, Shawn is obviously out of his depth at a hotel catering to serious dominants. As Shawn’s boss, Brett knows it’s his duty to step in and rescue the younger man - especially since he’s been keeping his eye on Shawn for months, waiting for just the right moment to make the younger man aware of his latent submissive desires. He’s not about to let Shawn fall into the hands of another dominant.

Shawn might have a huge crush on his boss, but that doesn’t mean the guy has a right to “rescue” him from doing exactly what he wants, or to warn every interested dominant away from him. Shawn might enjoy rough sex with dominant men, but he’s no submissive, and he can look after himself. He’s not about to forget that, just because Brett makes him wonder if submitting to him could be different to submitting to any other man he’s ever met.