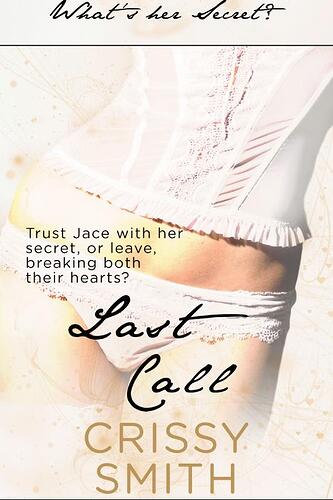 Haunted and on the run, Piper must decide—trust Jace with her secret, or leave, breaking both their hearts? Ex-Marine Jace Anderson has followed orders his entire life. Now free of the bonds that held him, he has started over in a new town with his own bar. He’s even found the woman he plans to settle down with. If he can keep her from running, that is.

Piper Maxwell never stays in one place for long. She’s learned to stay two steps ahead of the past that haunts her. Moving on has never been a problem until she meets Jace. Jace calls to a part of her that she long ago buried. And she knows if he finds out what she’s hiding he will run as far and fast as possible.

Jace must convince Piper he will remain by her side always. That vow is tested when Piper’s past finally catches up with her. Will Jace and Piper be able to find their happily ever after or will the start of their relationship also be the end?