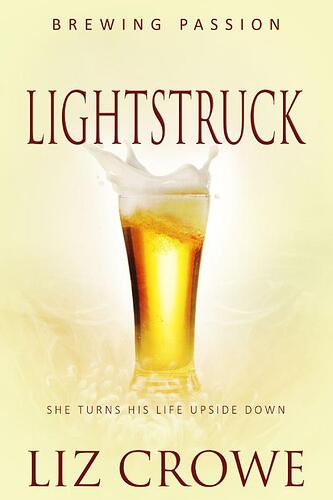 Brewer Ross has given up on love…until he meets a woman who turns his life—and brewery—upside down.

Determined to put all thoughts of their relationship behind him, Ross jumps headfirst into a new brewery job in Colorado, and back into the sort of sexual decadence that he hopes will distract him from his misery.

When he agrees to assist Austin through a spate of brewery mishaps, he lays eyes on his true fate—in the form of the petite, mysterious and exotic Elisa Nagel. Hired as assistant brewer, Elisa is absolutely everything he believes he doesn’t want in a woman. But he’s drawn to her in ways he can’t explain, and he can’t help but fall hard, fast and deep, which places him square in the middle of her horrific, until now secret backstory.

Ross is determined that his love will conquer and overcome the horrors of Elisa’s past, allowing her to trust him with the only thing he desires—her heart.