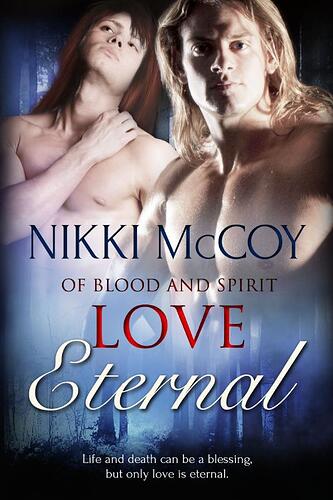 Life and death can be a blessing, but only love is eternal.

Dhani has never been afraid to love and hope freely with all his heart, despite the suffering he had endured growing up. Inadvertently drawn into a war that could bring about the annihilation of his kind by the God of Destruction, Roh Se Kahn, Dhani fiercely clung to his friendship with Keenan, the very son of the power-hungry god.

Dhani refuses to let Keenan battle alone against the cruelties of his father. It was his love for Keenan that gave him the courage to sacrifice himself in order to save his friend, trading his freedom for the dark prison realm he helped send Roh Se Kahn to, with no hope of ever returning to his former life.

Tailor, a loyal protector of the leader of the Ba’Kal, had already found and lost his mate. His guilt over his mate’s death causes him to foolishly spurn the one thing that could make him whole again—the impossible gift of a second chance in the form of a new mate, Dhani.

Imprisoned in an alternate realm with Roh Se Kahn, rage, anguish and a determination to save his new mate drives Dhani to break down the barriers surrounding his heart and learn to love again. However, Dhani’s past leads them both into a tangle web that will test just how far they’re willing to go for love, life and their bond as mates.