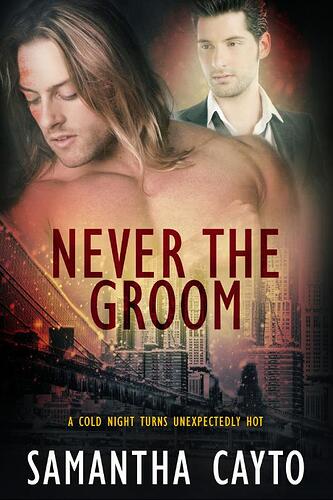 A cold night turns unexpectedly hot. Ian Cabot has led a shy, sheltered life ever since a plane accident killed his mother and left him emotionally and physically scarred. His father’s marriage of convenience forces him into the magnetic orbit of his soon-to-be cousin by marriage. The man who meets him at the airport is just the kind of commanding man he hopes will rid him of his virginity. Too bad anything between them is out of bounds.

James Reynolds has no time or patience for his cousin’s social-climbing marriage, and even less for taking a detour to deal with the pampered son of her fiancé. As a hard-working and dedicated family man, he agrees to pick Ian up and get him to the wedding. The pretty college boy who hides half his face is not what he is expecting and proves to be disturbingly tempting.

Whatever discipline Ian and James have to keep their relationship strictly familial is tested by an unseasonable blizzard and the sexual heat they can’t ignore.