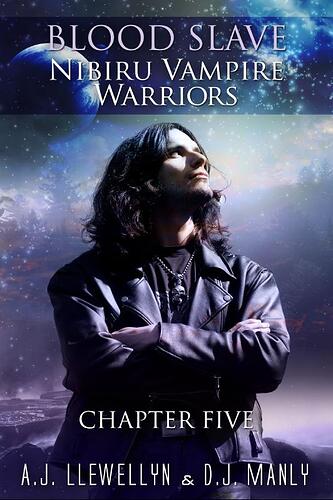 When an old lover returns from the dead, is he real or is this more malevolent magic from the Vampire Queen of Planet X? Stride and Zero battle nonstop evil forces in various guises, whilst struggling with their growing feelings and dependency on one another. Both vampires are shocked when Zero’s dead human lover, Daken, turns up claiming he never died and that he was saved by blood on the ground after Zero left him. Stride doesn’t believe him.

Zero however, tormented by feelings of guilt, remorse and also fondness for the former commander of his starship fleet, wants to believe the man is real and is happy to see him again. He wants to give Daken a chance but Stride is infuriated. Could he possibly be jealous? The strange planet on which they are stranded suddenly morphs, transporting the vampires and Daken into yet another unusual odyssey, plunging them into a new and potentially deadly adventure on the eve of a legendary natural catastrophe.