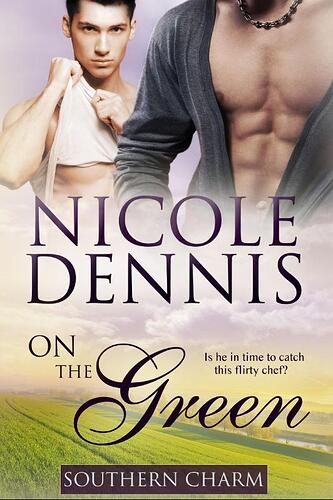 Can a flashy sous chef and a hard-working landscaper go beyond their pasts and find one another? Homeless as a teen, Malcolm Bissette has found a new life at the Southern Charm. Flamboyant, he often changes his hair color on a whim. At sixteen, he crushed hard on the landscaper Reece Simpson.

Now all grown up, Malcom still has a crush on Reece, but there appears to be no reciprocation from him. Malcolm watches him at work every day from the kitchen, but lets the crush disappear. He vows to forget the man—that is, until Reece changes the entire game.

Waiting for years to get his hands on the vast overgrowth around the Charm, Reece Simpson dives into the project with enthusiasm. Preferring plants to people, he sticks to just brief moments with men. There is one man he would consider staying beyond a moment with, though—the flashy, colourful sous chef at the Southern Delights. Realising his feelings, Reece is knocked off his feet by a wave of emotions. Is he in time to catch this flirty chef?

What would it be like to have Mal in bed? Would it make the summer afternoons even steamier? Is there a chance for love for both of them? Could they entertain the idea of a life together like their friends?