On the Home Front (bsantos) 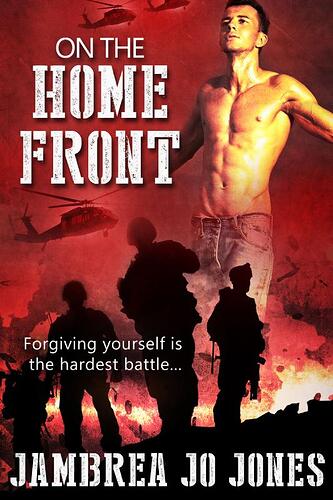 Forgiving yourself is the hardest battle… Peter “Bulldog” Jakes killed his mother. People tell him it isn’t his fault, but he is just as guilty as if he pulled the trigger. Bulldog knew being in the Army Special Forces would eventually hurt his family.

Moby Edwards’ heart aches for his First Sergeant and he wants to help, but Bulldog blows him off—every time.

When Bulldog is forced to take leave, Moby follows, but will things out of their control ruin what could be the healing power of friends turned into lovers?