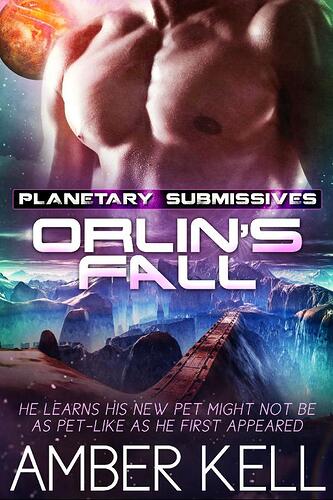 Orlin didn’t know when he put himself up for sale that he would be responsible for changing a kingdom. Broke and homeless, Orlin puts himself up for sale as a pet. Approached by his new Master, Orlin decides maybe being owned by a gorgeous king wouldn’t be fate worse than death. He doesn’t expect to become the one person who changes the views of an entire kingdom…or to be more than a lover for the man who buys him.

At first sight of the sexy oiled sub, Aester Fall knows he’s not leaving until Orlin belongs to him. He might be hanging on to his kingdom by his fingernails but he knows some things are worth the fight. When he returns home with Orlin, he learns his new pet might not be as pet-like as he first appeared.

Neither man expects to change the fate of a world…much less two of them.