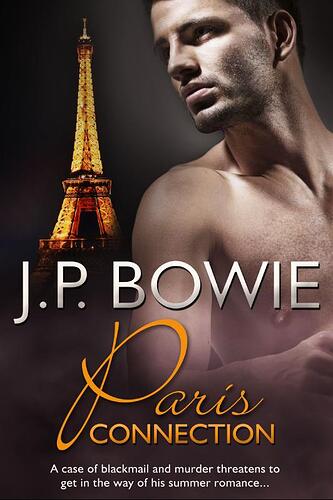 A young American falls in love with Paris, and a stunning Frenchman, but murder and mayhem, let alone distance, might ruin his chance of lasting happiness. After seeing the movie Midnight in Paris, Jay Harrison becomes obsessed with the idea of a vacation in the City of Light. Jay has always been a bit of a dreamer and while he doesn’t think he will actually have the same bizarre experiences the main character in the movie had, he is certain that Paris holds something very special for him.

Jay is a shy man and a bit of a lightweight in the sexual experience arena, so he’s nervously surprised when Anton Delcour, a handsome Frenchman, introduces himself at the Café Les Deux Magots on his first day in Paris. He’s even more surprised by his own eagerness to know more about Anton—a lot more. When Anton offers to give him a personal tour of Notre Dame Cathedral, he jumps at the chance to perhaps get better acquainted with Anton.

The two men bond quickly through their mutual attraction, and Jay’s visit to Paris takes on a new dimension when he’s in Anton’s company. But when a case of blackmail and murder threatens to get in the way of his budding summer romance, Jay begins to think that the movie he loved might just pale in comparison to what is actually going on around him.