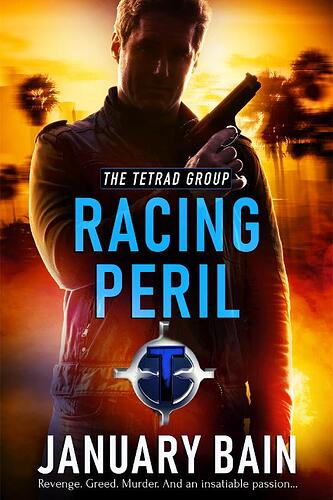 Revenge. Greed. Murder. And an insatiable passion… Silk O’Connor resolves to take justice into her own hands on the steps of an LA courthouse. The scumbag who killed her sister is holding a press conference, set free by a corrupt justice system bought off by his rich father. Inconceivable. There is no way she can just let him walk away.

Jake Marshall is a decorated war hero on leave, filling in for a friend at Sterling Security—and protecting the very man who used his car as a weapon and murdered Silk’s only family. The war has left him with PTSD, fighting to salvage his own sanity, and a sniper is the last thing he needs.

The two clash when Jake finds Silk preparing to mete out her own frontier-style brand of justice from the courthouse roof…and the adrenaline-fueled high-stakes world of sex trafficking it ensnares the pair in tests them to their absolute limit.

And when Silk enters this den of depravity, she knows only one thing for certain, she may never come out alive.