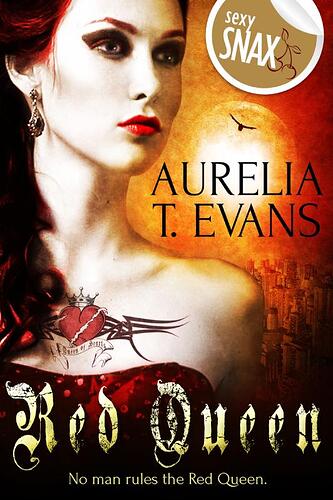 No man rules the Red Queen.

In her Court, a black market organization that specializes in magical artifacts and antiquities, Eden Farrow rules with an iron fist and a steel-boned red corset.

Some of her employees want her to transition into more traditional criminal commerce, but Eden—also known as the Red Queen for her ruthlessness and the Queen of Hearts for her uncanny ability to steal the hearts of men after one night in bed with her—refuses to budge. She prefers a cleaner, nobler kind of illegal activity.

She’s also a vampire with a taste for the gothic and theatrical, and she’s used to getting her way.

All that changes when another vampire and his werewolf companion invade her territory. She brings Antony and Luca in, preparing to torture them mercilessly before forcing them to submit to her bite.