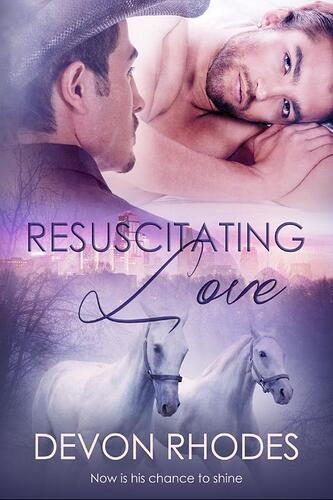 If Hill keeps putting cowboys ahead of his marriage, even being a cardiologist won’t help David fix their broken hearts. Hillard ‘Hill’ Pearson, the new events director of the American Royal, has worked hard to get to where he is. This is his first year as director, and the huge responsibility of the more visible position has taken over his life. Yes, he could be considered a workaholic, but he’s put fifteen years into the event he’s loved since he was a kid, and now is his chance to shine.

When David Weinstein finally convinced his long-time partner, Hill, to marry him, he thought it would bring them closer together. Instead, they’re not even to their first anniversary and their relationship is suffering. David’s finally at a stage in his medical career where he has regular hours, but he can’t seem to connect with his husband when he’s free. Now, with the event that he’s sick of hearing about underway, he feels like he’s making all the effort with no return.

Can Hill and David resuscitate their love before David gives up on the promise of forever?