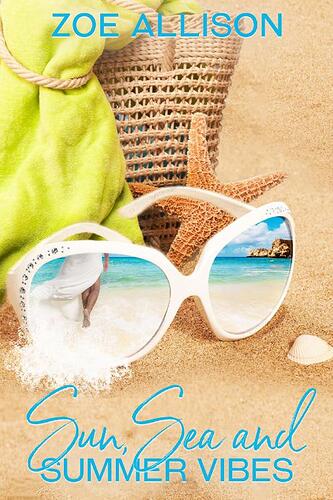 Sometimes first impressions are far from the truth… Nina Darwish is a scientist who likes to proceed with caution and careful deliberation. When she arrives at the party destination of Ibiza to play PA for her best friend international pop sensation Isla Starr, she has trouble adapting to the carefree and easy-going vibe on the island. The situation isn’t aided by Isla’s seemingly surly yet irritatingly attractive music producer, the world-renowned dance DJ Logan Wild, known by his real name—Cameron—to his friends. Plus, Nina’s run-ins with, and repeated rebuttal of, an extremely entitled and very annoying male singer named Zac don’t help aid her mood.

Unbeknownst to Nina, Cameron remembers her from the past, when he was a geeky student who admired her from afar. Unfortunately, it’s clear that Nina considers him ill-natured, no doubt due to his natural awkwardness, which he masks using a stage persona. However, even if that weren’t the situation, he’s involved in a dead-end relationship with his celebrity girlfriend Ash. Plus, Nina’s eye appears to have been drawn onto Ash’s no good ex-boyfriend, Zac, therefore there’s no point in believing anything could ever happen between them.

But despite all that being the case, for some reason, he just cannot stop thinking about her.