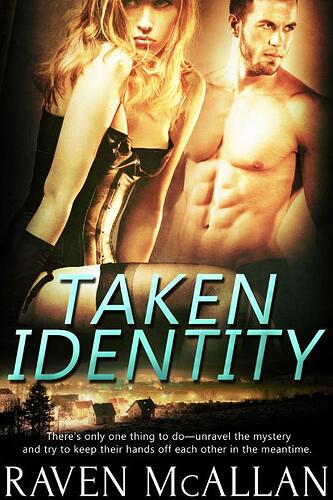 If someone steals your identity and marries a sex god and that sex god husband shows up at your door…do you get to keep him? Jules has no memory of marrying a sex god—and no woman is that forgetful.

So when the devastatingly handsome Gray turned up on her doorstep looking for his wife and calling said wife by Jules’ name, Jules wondered briefly if she’d landed in an alternative universe. She knows she’s not his wife and so does he, but apparently someone with her name and history is. Is it a case of coincidence or did his missing wife ‘borrow’ Jules’ life?

Even though the dominant Gray sends her knickers aflame with just one look, with a missing wife in the equation, Jules knows there’s no chance of finding out what else he could achieve.

There’s only one thing to do—unravel the mystery and try to keep their hands off each other in the meantime. The first may well prove far easier than the latter.