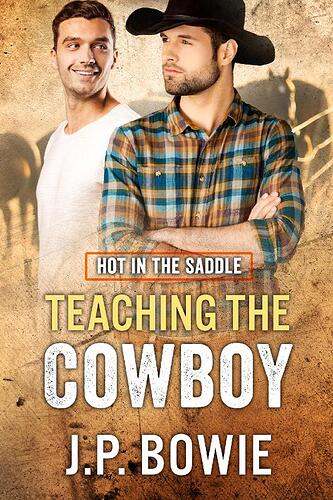 A rough rider with a dark past, looking for a fresh start in life, meets a high school teacher with a different kind of lesson in mind.

Jordan Hendricks, trying to put the past behind him, is hired at the Seven Plus, a dude ranch that caters mainly to gay men and women. On his second day there, Jordan meets Blake Cameron, a high school teacher from San Francisco, and attraction sizzles between them.

Unfortunately, Seven Plus rules prohibit sexual fraternization between trainers and guests, a rule that Parker Jones, one of the ranch’s owners, tells Jordan is ‘set in stone’.Nevertheless, the two men bond, and on Blake’s last night at the ranch, he coaxes Jordan into a goodbye kiss and a promise to meet again outside the ranch where they can explore the possibilities of a relationship.

But Jordan’s past, in the form of Grant Svenson, the man who controlled his life for more than three years and who attacked him in a drunken rage and destroyed Jordan’s rodeo career, comes back to haunt him. Unless Jordan can stop Grant from wreaking havoc a second time, the chance of a future with Blake will never be realized.