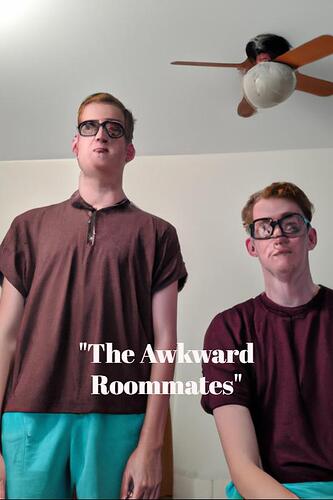 The episode opens with our protagonist, Alex, moving into his new apartment. He’s excited to start fresh in a new city and is looking forward to living on his own for the first time. As he’s unpacking, there’s a knock on the door. It’s his new roommate, Jake. Jake is a friendly, outgoing guy who immediately starts chatting with Alex and helping him unpack. However, as the day goes on, Alex starts to realize that Jake might be a bit too friendly. Jake wants to hang out all the time, borrows Alex’s things without asking, and invites his friends over without consulting Alex first. Alex starts to feel like he’s living with a clingy, overbearing roommate.

Jake invites a group of friends over for a party and encourages Alex to invite some of his own friends as well. Alex is hesitant, but eventually agrees. However, things quickly spiral out of control. Jake’s friends are loud and rowdy, and they start to trash the apartment. Alex’s friends are uncomfortable and want to leave, but Jake keeps insisting that they stay. Alex starts to feel like he’s at a college frat party and not in his own home. Eventually, the police are called and the party is shut down. Alex is furious with Jake and they have a huge fight.

Alex can’t take it anymore and decides to break up with Jake as a roommate. He sits down with Jake and tells him that he needs his own space and can’t continue living together. Jake is hurt and angry, but eventually agrees to move out. Alex is relieved, but also sad. He realizes that despite all of their differences, he’s going to miss living with Jake. The episode ends with Alex sitting alone in his now-clean apartment, feeling both content and lonely.

Months later, Alex runs into Jake at a local coffee shop. They catch up and Jake tells Alex that he’s learned to be more considerate of others since they last saw each other. Alex is happy to hear this and they part ways on good terms. As Alex walks out of the coffee shop, he looks back and sees Jake smiling at him. Alex smiles back and looks forward to the possibility of being friends again in the future.

The end of the series, it was a light comedy series with a mix of awkward and relatable moments that many people can connect with. It was a show about growing, learning, and making mistakes in the process of living with others in a shared space.