The Butcher and The Beast (bsantos) 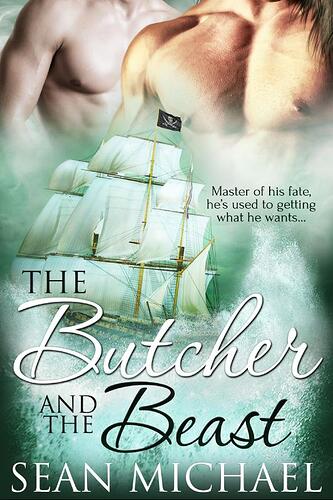 Can a pirate and a doctor find love on the seas? Stephen is a doctor, a practical man who wishes his sister wouldn’t worry so about the pirates that plague their island home. So it’s ironic that Stephen himself is set upon by just those pirates, who carry him off to heal their wounded captain.

John is a pirate captain, master of his fate and used to getting what he wants. And he decides he wants Stephen, even when the good doctor wants nothing more than to run away from him.

Can the beast convince the doctor who the sailors call the butcher to stay with him?