The Captain and the Squire (arrianey) 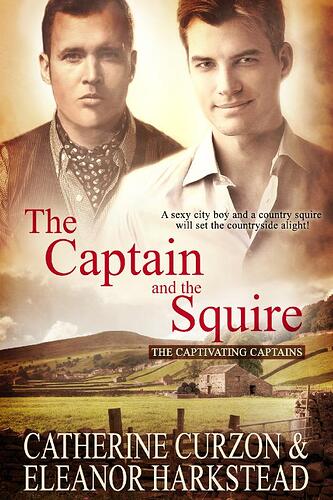 A sexy city boy and a country squire will set the countryside alight!

Christopher Hardacre is a city-slicker with the tightest jodhpurs and the most smackable bottom in London. He’s given up the ratrace for a country life as captain of the village rowing team. The only trouble is, he’s lost his money to a ruthless scam and Bough Bottoms is his last hope of a home.

But Chris hasn’t reckoned on his late uncle’s will. The house comes with a sitting porcine tenant and if Chris can’t look after his newly-acquired pet pig, he’ll lose his inheritance and his last chance at happiness.

When Tarquin sees Chris it’s lust at first sight, but dare he be honest about his feelings in a village where being gay is bound to be a hot topic? As soon as Chris and Tarquin get together, it’s the hottest summer this little corner of England has ever known.

With a scheming local hotshot out to turn the beloved pig into sausages, can the captain and the squire save everybody’s bacon?