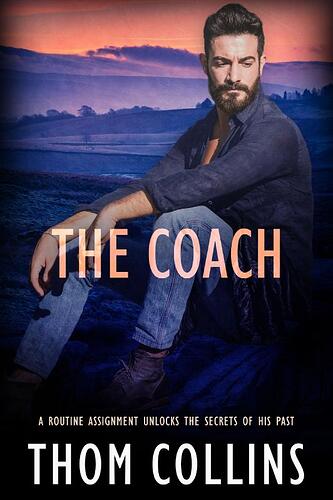 A routine assignment unlocks the secrets of his past. News man Josh Holleran knows very little about sport and prefers to cover the crime desk. When his editor sends him to interview representatives from the local rugby team, Josh has little enthusiasm.

The Woodbridge Warriors are celebrating, having qualified for a national competition and it’s a significant story for the rural area, but Josh knows nothing about the game. His interest increases massively when he meets Cole Jansen, the hunky team coach. Cole is a big, beefy guy in his mid-thirties, exactly Josh’s type.

There’s something very familiar about him. Josh can’t shake the feeling that they’ve met before. Soon he realizes exactly who the coach is and how he knows him. A shameful secret from Josh’s past is about to be revealed and he’ll have to overcome his regret to stand a chance of happiness in the future.