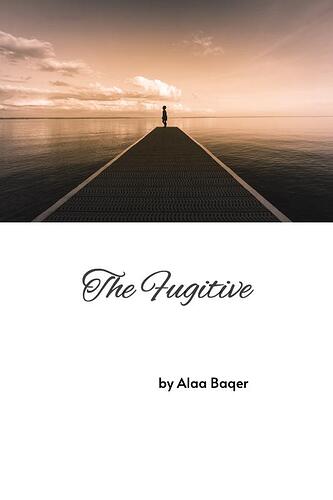 Once upon a time, there was a man named Jack who was on the run from the law. He had been falsely accused of a crime he did not commit and had no choice but to flee the country. His only means of escape was a small boat that he had managed to steal from a local marina.

As he sailed out to sea, he could hear the sound of a bow hunter on his trail. The hunter had been hired by the authorities to track down and capture Jack, dead or alive. Jack knew he had to think fast and come up with a plan to evade the hunter and make it to safety.

He sailed for miles, constantly checking behind him to see if the hunter was still in pursuit. Just as he thought he had lost him, he heard the sound of an arrow flying through the air. It missed its mark and landed in the water beside the boat. Jack knew he had to act fast.

He remembered a small island that he had passed earlier and quickly changed course towards it. As he sailed closer, he could see the dense jungle that covered the island. He beached the boat on the shore and quickly ran into the jungle, hoping to lose the hunter in the thick foliage.

As he ran deeper into the jungle, he heard the hunter’s footsteps getting closer and closer. He knew he had to come up with a plan quickly. He spotted a large tree and climbed to the top, hiding in the branches.

The hunter searched the jungle for hours, but was unable to find Jack. Exhausted, he eventually gave up and returned to the mainland. Jack, meanwhile, remained hidden in the tree until nightfall. He then descended and fled to the other side of the island where he found another boat and sailed to freedom.

As Jack sailed away from the island, he felt a sense of relief wash over him. He had escaped the hunter and was finally free. But his journey was far from over. As he sailed further out to sea, he came across a small fishing village. The villagers welcomed him with open arms, offering him a place to stay and food to eat. Jack was grateful for their kindness and decided to stay for a while to rest and recuperate.

It was in this village that he met a young boy named Tom. Tom was the son of the village’s chief and was a curious and adventurous child. Jack took a liking to Tom and the two of them quickly became friends.

One day, while out fishing, Tom and Jack heard cries for help coming from the water. They quickly rowed out to investigate and found a small boat that was sinking. On board, they saw a young girl who was trapped and unable to swim. Jack immediately jumped into the water and swam to the boat. He managed to free the girl and bring her back to safety.

The girl’s father was overjoyed to see his daughter safe and thanked Jack for his heroic actions. From that day on, Jack was considered a hero in the village and was treated with the utmost respect and honor. He stayed in the village for several months, helping the villagers with their daily tasks and spending time with Tom.

But as much as he enjoyed his time in the village, Jack knew he could not stay forever. He had to keep moving to avoid being captured by the hunter. So, one day, he said his goodbyes and set sail once again.

Tom and the villagers were sad to see him go, but they knew he had to continue his journey. They gave him a boat as a gift and wished him a safe journey. Jack sailed away with a heavy heart, knowing he would never forget the village and the people who had saved him and gave him a sense of belonging.

Years passed and Jack never forgot the village, the child he saved and the people who had helped him when he was a fugitive. He always wondered what happened to them and if they still remembered him. He knew that he could never return, but the memories of that time stayed with him always, a reminder of the humanity and kindness that he had found in unexpected places.