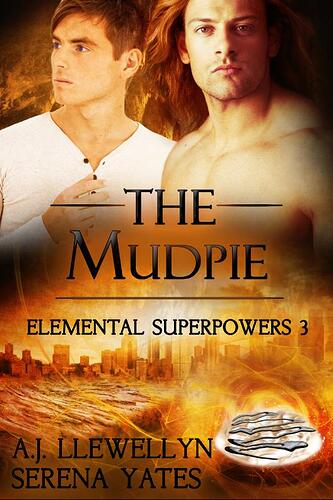 Mitchell is proud of his new wrestling persona and trading card, but he hadn’t planned on actually facing his wrestling hero, Whip “Mudshark” Jackson, in the ring…

Geeky Mitchell Dykins loves his new job as marketing manager for a wrestling federation’s participants. After creating a huge online campaign for his company’s wrestlers, he befriends the most fearsome warrior of them all, Whip “Mudshark” Jackson. Whip is so thrilled with Mitchell’s work, he demands that the company create a wrestling persona for Mitchell and therefore he’ll get his own trading card. Mitchell is tickled. This is all good, right?

Unfortunately Mitchell soon finds himself transformed into his wrestling persona, “Mudpit Madman”. When he starts waking up covered in mud, Mudshark lying beside him, he begins to worry. The worst of it is when he defeats Mudshark who then puts a contract out on Mudpit.

Whip claims he knows nothing about what his alter ego is doing. He likes Mitchell. But his muddy wrestling character seems to have a mind of his own…can he be telling the truth?

Is Mitchell completely nuts to still like a guy who probably wants him dead?