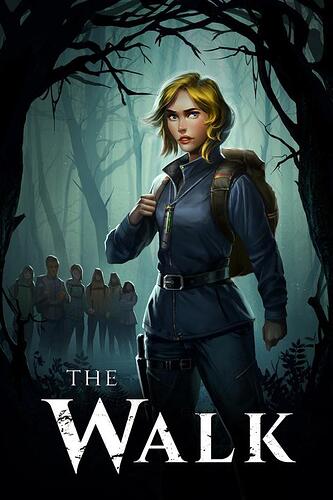 Years after a super virus pushed the remains of humanity into a walled civilization, a group journeys outside to save their home… and uncover the lies that built it.

This is another test with a longer message!

In episode 6, when it showed Paul talking, it had Robert’s face on it instead of Paul’s. Maybe fix that?

forwarded it to the Team

Thank you for reporting, they are already working on it!

Yeah for me it showed roberts name and picture so im so confused.

Aaaand episode 7 is doing the same thung roberts picture and name where pauls should be, the two ronertsbis really throwing me off guys

Yeah, the Team looks into it, but it looks like one of those weird bugs that doesn’t make any sense, cause everything was handled correctly lol but then this happens and no one can explain it

We figured out the issue and looks like it’s a technical problem. No ETA on the fix but will be part of a larger set of improvements!

So is ever chapter after chaper 6 going to have this issue?

What if i restart the whole story? Its just throwing me off innever know whos saying what

So is that issue with Paul’s picture ever goong to be fixed or is it just inevitible that it wont be?

We’ll absolutely fix it! At the moment we don’t have an eta.