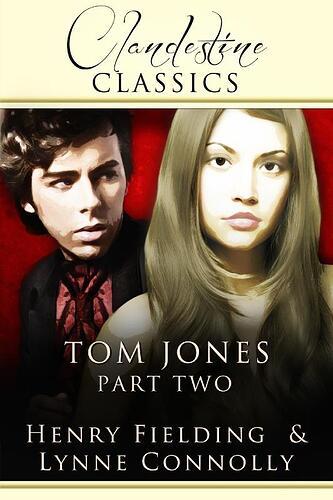 After falling deeply in love with lovely Sophia Western, Tom is forced to leave home to seek his fortune. He doesn’t think he’ll ever see the love of his life again, and he has a variety of adventures to get through before he can even think of seeing her.

He meets with many characters—a lascivious landlady, a group of soldiers who engage the landlady’s attentions to a remarkable degree, and a mysterious companion who interests Tom strangely.

Meantime, the lovely Sophia has problems of her own. Forced to contemplate a marriage to someone other than Tom, her father’s choice fills her with dismay. She cannot possibly marry the detested Blifil, but if she stays at home she will have to obey her father’s wishes. What can a girl do other than pack and run?

Filled with adventures of the naughtiest kind, the book continues on its merry way, depicting Georgian England in all its glory.