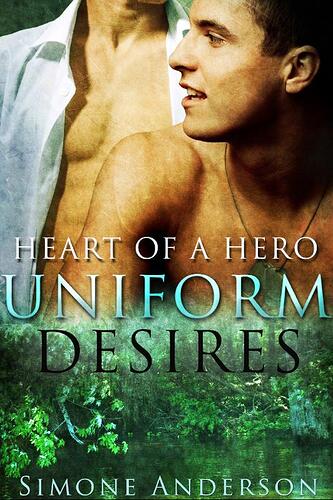 Patience and training have provided him with the tools he’ll need to fight for what he wants.

Home on leave, Cade Donovan isn’t looking for a hook-up, let alone love. Certainly not while he is out with his brothers. When Cade steps in to even the odds in a fight outside a bar, he is instantly drawn to the man being ganged up on. Acting on instinct, the Marine Corps sniper is drawn to the smaller man like a moth to a flame, refusing to give up until the man is his.

Being the younger brother of the school bully has made Jason Carlson’s life hell. During yet another retaliatory fight, a man comes to Jason’s aid just when he thinks his life and his luck have gone from bad to worse. Warned to stay away from his home, Jason accepts the invitation of his rescuer and soon realises that his life has been forever altered. He can have everything he desires, if he’s willing trust Cade with his heart.

When the reality of loving a man in uniform sets in, Jason must find the strength within himself to believe and know that love is worth fighting for.