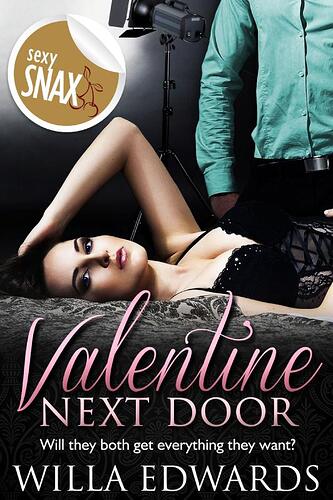 Jeremy’s not about to let a few numbers get between him and the woman he’s dreamed of since high school. Can Mrs Valentine do the same?

Jeremy Callahan has been in love with his next door neighbour, Miranda Valentine, since he was fifteen years old. As a teen, he used to watch her, fantasising about how he could make her his. But he never acted on it. Miranda was older, married, and out of his league. Forced to return home ten years later after being injured on a photo shoot, all those old feelings return, and this time there’s no reason to keep them at bay. She might be a decade older than he is, but Jeremy’s not about to let a few numbers stand in his way.

Since her husband’s death, Miranda has been left with a big hole in her life. Never able to fulfill her dream of becoming a mom, she isn’t sure what to do with herself. She certainly didn’t expect to find the most gorgeous man she’s ever met next door. She can’t believe Jeremy Callahan is that sexy younger man, or that he’s had a crush on her for years. When he kisses her, all bets are off. Jeremy’s young, handsome and makes her feel more than anyone has ever before.

But she knows he can’t want the same things she does. Surely he isn’t ready to settle down and start a family, but she’s running out of time. Will her dream of being a mother keep her from the man she loves? Or can they find some middle ground where they can both get everything they desire?