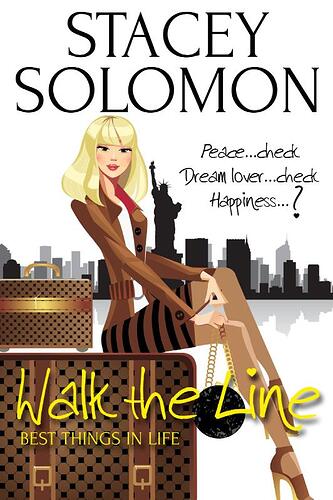 Blake Hudson is back, standing on Charlotte Taylor’s doorstep. After a wonderful reunion, a year soon zips by with Charlotte trotting all over the globe to develop her exciting career.

She begins to think about the future and where her relationship with Blake is going. They need a permanent base, a home they can call their own, but Blake doesn’t appear to agree, and once again they’re battling uncertainties with an ocean between them.

As if that isn’t enough to contend with, Blake’s sort-of-brother, Connor, is playing a mean game. He doesn’t trust Charlotte and has made it clear he doesn’t like her. He’s up to no good—and not just by trying to persuade Blake that he’s better off without Charlotte. With her detective head on, Charlotte plans to uncover Connor’s deceptions.

But the question is: Will Blake believe her when she discovers the truth, or will family loyalty get in the way?

A shock revelation involving Rupert, her gay best friend, helps Charlotte to take matters into her own hands, pull up her big girl panties, and fight for what she wants.