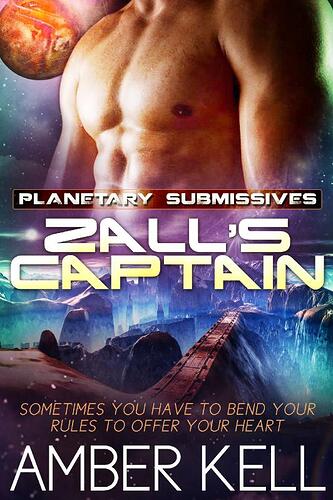 When ex-slave Zall is asked to be Captain Teslan’s cabin boy, he learns sometimes you have to bend your rules to offer your heart. Zall is settling in on the ship Chalice chose for him. Even though he’s not a soldier, he’s learning from them and developing his own skills. When the ship changes captains, Zall has to decide if he’d rather keep his independence or offer himself to a man who might be everything he’s ever wanted…or his biggest mistake.

Danner Teslan has agreed to investigate a possible smuggling ring on a military ship. However when he arrives and meets Zall, he’s convinced the ex-slave is his other half. Zall is not interested in becoming another man’s property and Danner has to decide whether he’s willing to give another person the freedom to destroy his heart.