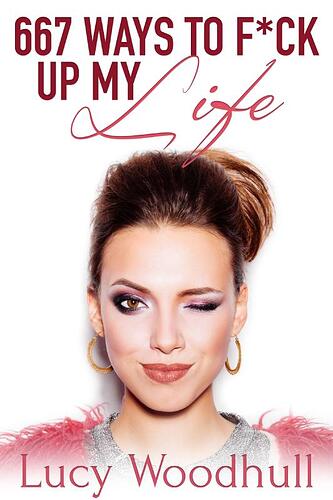 Sometimes, there’s nowhere to go but f*ck up…

If you love Broad City and Bridget Jones, you’ll adore Dagmar Kostopoulos…and her colossal f*ck-ups.Twenty-something Dag has always been the ‘perfect’ woman. Responsible, honest to a fault, hard-working. Even her bras are no-nonsense. And for what? Her boyfriend dumps her for being boring, and her boss fires her for not sucking on his nether regions to get promoted. What’s a perfectionist overachiever to do? A complete one-eighty.

To heck with rules—Dag orchestrates a spectacular fall from grace by deciding to ruin her life exactly six-hundred-sixty-six times, and finally has a little naughty fun. Some scandalous Spandex and a few bar lies later, tame little Dagmar becomes Giselle, ballsy siren.

The wild thing is…it works! Dag gets a better job and meets the sexiest man she’s ever known. Well, Giselle meets him. Dagmar doesn’t exist. Except that she does, and her escapades just became a ticking time bomb, one that might blow her heart to smithereens.

Join Dag for her irresistible and hilarious f*ck-ups, because every good girl needs to inject a little bad girl sizzle into her veins.